Canso Investment Counsel Ltd. is named after the PBY-5A “Canso” amphibious aircraft. The Canso is the Canadian manufactured variant of the Consolidated PBY 5 naval patrol bomber. The PBY, also called the Catalina, first flew in the 1930s with the United States Navy.

During the Second World War, it was flown by the United States Navy, the United States Army Air Force, the Royal Air Force as well as many other Allied Air Forces. The Canadian variant was manufactured by Vickers Aircraft in Montreal and was used by the RAF and the Royal Canadian Air Force. It served successfully in many roles and campaigns, particularly as an anti-submarine patrol bomber in the Battle of the Atlantic where it helped to end the U Boat submarine threat. It was also used as a rescue aircraft for downed aircrew.

After World War II, the Canso was used by many Air Forces in a variety of roles. In Canadian service, the Canso was a major contributor to the mapping of northern Canada and used for Search and Rescue until replaced by the Grumman Albatross in the 1960s. Squadron Leader A.G. Carswell AFC, CD, the father of our founder, was a Canso pilot in the RCAF. He was awarded the Air Force Cross for bravery in a series of rescues in British Columbia which was presented by Queen Elizabeth.

After retirement from military service, the Canso went on to be used in civilian roles. The Canso was a famous water bomber aircraft for forest fire fighting and continues to be used in that role today. It also was used as a passenger airliner and a freight carrier.

When the PBY 5 first flew, its fighter aircraft contemporaries were biplanes. It is a tribute to the design and manufacture of the Canso that it is still flying today in the age of supersonic jet fighters. We named our firm for the Canso, admiring its ruggedness, endurance and flexibility which we believe are the hallmarks of our investment strategies. 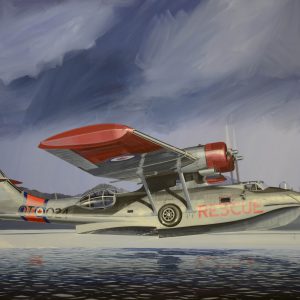 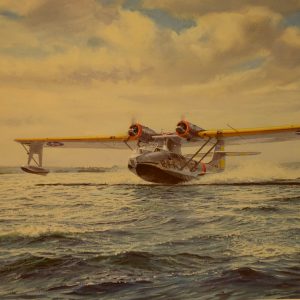 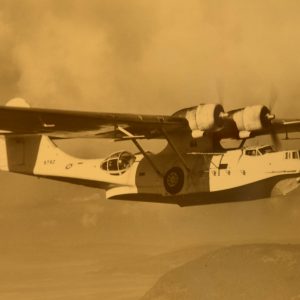